The number of moles in a given sample of an element/compound can be calculated by dividing the total mass of the sample by the molar mass of the element/compound, as described by the following formula.
Number of Moles = (Mass of the Sample)/(Molar Mass)
The total number of atoms/molecules in a sample can be calculated by multiplying the number of moles with the Avogadro constant. This formula can be written as:
Number of Atoms or Molecules = (Number of Moles)*(6.022*1023)
The relationship between the atomic mass unit (amu) and the gram is given by:
1 amu = (1gram)/(6.022*1023) = 1.66*10-24 grams
Therefore, the mass of one mole of an element will be equal to its atomic mass in grams. 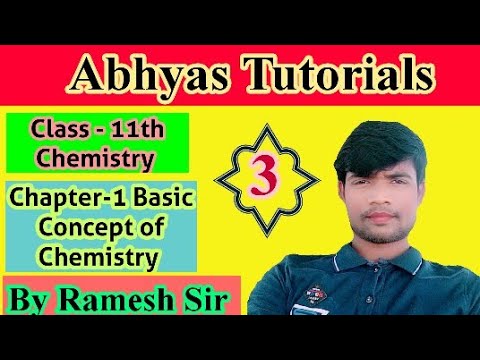 Molar Mass The molar mass of a substance is defined as the total mass of one mole of the substance. It is often represented in terms of ‘grams per mol...